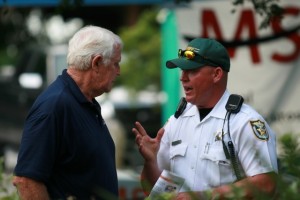 Retired as a Captain after 28 years of an exciting and rewarding career in the U.S. Coast Guard, with extensive experience in law enforcement and ship operations. Achieved a BS and MS from the University of Florida (Go Gators!), and graduated from the Naval War College. Since 2000, involved in bicycle advocacy as president of the West Palm Beach Bicycle Club, Florida Bicycle Association, Safe Bicycling Coalition of Palm Beach County, Palm Beach County Bicycle Greenways and Pedestrian Advisory Committee, and with the PBC Sheriff’s Office on a bicycle safety grant from the Florida Department of Transportation. Initiated the Bicycle Law Enforcement Program through the PBC Law Enforcement Planning Council and completed the written curriculum on an FDOT grant. Presently living in St. Augustine, a League of American Bicyclists’ Cycling Instructor, continuing work on the Bike LE Program as an FBA Advisory Board member of FBA, and involved in other bicycle advocacy efforts.

Favorite Quote: “In matters of truth and justice, there is no difference between large and small problems, for issues concerning the treatment of people are all the same.” —Albert Einstein 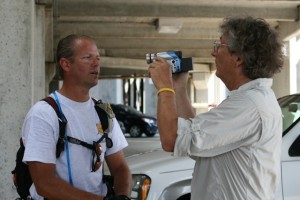 Robert Seidler is a filmmaker/entrepreneur who has a passion for Florida — its people, its place, its nature and its history. He grew up in central Florida in Pinellas County and moved to Tallahassee to attend college in 1973.  Seidler fell in love with the area and has never left.  He worked with PBS in 1978, and he formed Seidler Productions in 1984.  Since that time, he has produced over 500 programs and has been the recipient of numerous state, national and international awards for his work.

Seidler worked extensively with the Florida Department of Corrections producing training programs, many related to broad-ranging, systemic and ongoing search procedures, as well as inmate orientation training for officers and inmates and specialized training related to guide dogs, horsemanship and other programs.  He has ten years of accident reconstruction experience with the Visual Litigation Group, where his focus was collisions involving bicycles, pedestrians, motorcycles and large trucks.  Seidler has produced more than 50 programs related to the bicycle and its role and risks in modern society, as well as three PBS series, including one on transportation and two on nature-based adventures.  He has participated in the production of programs used in traffic conflict reduction and the development of curriculum for children in traffic for grades K-5 all for over 20 years.

Seidler’s most enjoyable project (and the one for which he has received the most accolades, including a 1999 Emmy) was Florida, the Outdoor Adventure, a seven-hour nature-based educational series for PBS that inspires people to explore the natural world around them.  He is the founding President of the Florida Bicycle Association, but is equally happy hiking, paddling, hunting and wildlife viewing.  Seidler has an undying passion for Florida, nature and filmmaking.  He can presently be found living in Sopchoppy, restoring buildings and defrosting minds.

Favorite Quote: “But the attitude of faith is to let go, and become open to truth, whatever it might turn out to be.” —Alan Watts 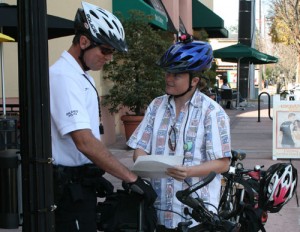 This project draws on Keri Caffrey’s two decades of experience creating training materials (including several law enforcement training programs) and bicycling for both recreation and transportation. Keri has been teaching cycling skills to group riders and transportation cyclists for 5 years and is currently developing a comprehensive traffic cycling curriculum for the Florida Bicycle Association.

The driving force behind this work is the belief that cyclists and law enforcement officers share a common goal, and that this partnership will make our communities safer, more civil and more accessible for human-powered transportation.

Favorite Quote: “All truth passes through three stages. First, it is ridiculed. Second, it is violently opposed. Third, it is accepted as being self-evident.” —Arthur Schopenhauer