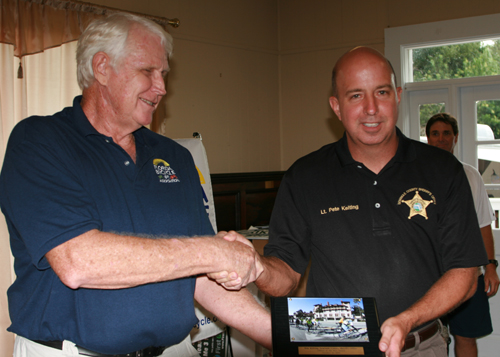 Lt. Pete Kelting of the Seminole County Sheriff’s Office is a friend of cyclists. As a former Seminole County bike patrol officer, he understands cyclists’ safety concerns. Facing a challenge from several groups of pack riders in March 2008, Lt. Kelting sat down with bicycle community leaders and sought common ground. With a desire to correct the problems of motorist hostility and unsafe passing, Lt. Kelting is serving on FBA’s Civility Coalition (a citizens’ strategy group sponsored by the Winter Park Health Foundation). He also serves as an adviser for the development of FBA’s Bicycle Law Enforcement Tool Kit. While many departments shrug and say “there’s nothing we can do,” Lt. Kelting has stated to cyclists and the news media that his department takes abuse of cyclists seriously and will follow up on reports. A cooperative relationship between cyclists and law enforcement are essential to making Florida roads safer and more welcoming for human-powered vehicle drivers. Many thanks go to Lt. Pete Kelting for his leadership in strengthening this relationship.